As mentioned in my update post our big project from last year was the Invercargill City Council’s 2015 calendar.

We were so excited and privileged to find out Layton was chosen to be the photographer for the calendar; which features 13 of his images from around Invercargill.

This is the fifth year the Council have released a calendar, which they deliver to 25,000 homes in the Invercargill area.  It was delivered in early December last year with extras being available at the Council offices.

We had a few requests and sent copies not only round the country, but also round the world.  Unfortunately for those still wanting a copy of the calendar they were all gone within the first week of January.

Along with the requests for copies we’ve also had a huge amount of support and some fantastic feedback about it either in person, via message or via our Facebook page.

I also got a warm fuzzy just before Christmas when I overheard someone talking about how good the calendar was this year and they were going to go get a copy for their Mum to put with her Christmas present because they liked it so much (not that I stalk the shops listening to people’s conversations, it was just one of those moments when I overheard ‘Council calendar’ and the old ears pricked up…not sure if that sounds any less stalker-ish to be honest, but there you go).

The calendar really is a celebration of Invercargill.  After being contacted about doing the calendar Layton went through his files and gathered a variety of Invercargill images.  Then over a series of weeks he went out on every available opportunity (and in all sorts of weather) to capture new images.

I think the hardest part of the process for him though was not posting the images anywhere as we really wanted to offer the Council a selection of images which hadn’t been released as well as a few of our more popular ones that had been published.

By the time we felt we had a really good selection we ended up with about 200 images; which were whittled down to about 50 for them to choose from.

However, there is an odd one out.  “Mr April” was captured at the Invercargill ANZAC Dawn Service last year and was included in the calendar as 2015 marks 100 years since the first New Zealander’s landed at Gallipoli.  We included that picture in the offerings as it seemed fitting to have an image to represent that occasion in our provincial calendar as a mark of respect.  We were very pleased the Council agreed with our suggestion.

Although we’ve sold a few images unofficially, this year we’re finally officially offering our images for sale and based on the feedback and requests we got about the calendar we’ve decided to include these images as well.

We’re almost there with our new website and we’re setting up a separate page on the site dedicated to the calendar images to make them easy to find among the other artistic prints on offer.  The website should be ready to go in the next few days, so keep an eye out for that blog post too.

In the meantime we also wanted to share them with you all here as well, especially for those outside Invercargill who requested calendars and have missed out on a copy.

So in order from front page then monthly images, here are the 2015 Council calendar images.

Which is your favourite? 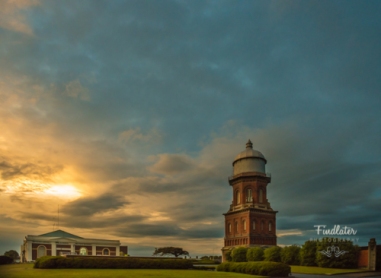 Let us know what you think Cancel reply

All images contained within this blog are subject to International Copyright Laws and may not be used for any commercial purpose, printed, or re-used in any form without written consent from Findlater Photography. You may share or copy our work on your blog or other social media so long as it remains in its original form and full credit is given and/or a link back to our blog. Thank you